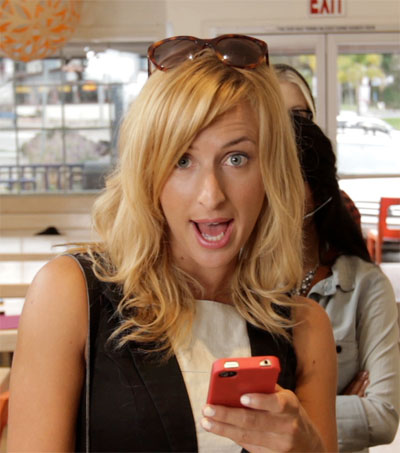 Saville and De Lautour Star in Only in HelLA

Only in HelLA has already attracted 1.7 million views between YouTube and FunnyorDie, each episode dealing with a hellish moment that could only be found in Los Angeles, California.

“[Two Guns Espresso’s] menu consists of things like a ‘Flat White’ and a ‘Long Black’, which are always a point of conversation for people on their first time to the shop,” Only in HelLA creator Rory Uphold says.

Uphold is well versed in the banality of Californian culture as the 21-year-old was born and raised in Los Angeles. She made the connection with Saville and de Lautour through another New Zealand actor, Rose McIver.

Both Saville and de Lautour embraced American accents and mannerisms.

“I had to try very hard not to laugh while we filmed both of their scenes because they are both so spot-on with their American accents and mannerisms, it’s impressive. Then Stan, the owner of the coffee shop, would walk out and the three of them would start talking and I wouldn’t be able to understand a word they were saying,” Uphold says.