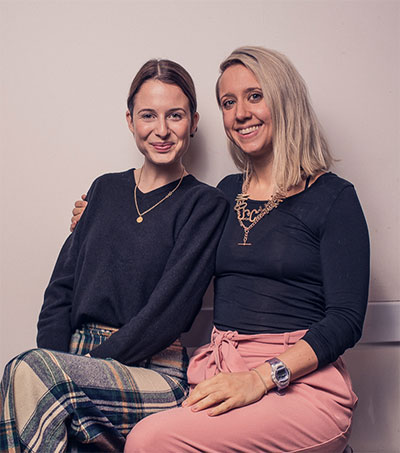 From elaborate pavlovas to plush, punk-pink rainbow cakes, chefs and food stylists Auckland-born Stacey O’Gorman (left) and British business partner Alex Hoffler – aka the Meringue Girls – both still in their 20s – have been taking the baking scene by storm with their vibrant and pioneering creations.

O’Gorman, who trained in culinary arts in her native New Zealand, and Hoffler, a graduate from the prestigious Leiths School of Food and Wine, first bonded over whisked whites during their time as chefs at London Cinema Hackney Picturehouse; and later pledged to nail the sweet treat after entering – and later winning – Cooks To Market, a TV cooking contest.

Nearly four years on and this tour de force have secured a string of big name clients, including Alexander McQueen and Vogue, released two hit cookbooks from their East London kitchen, expanded into events and masterclasses and, most telling of all, cast shade over that trendiest of bakes, the cupcake.

But rest on their laurels? Unlikely.

“It looks like we’ll be franchising and opening a shop in the UAE before we open in the UK,” O’Gorman adds. “The opportunity is already there abroad.”