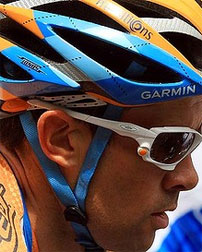 Top New Zealand road cyclist and seven-time Tour de France veteran Julian Dean, 36, will join new Australian team GreenEDGE for the 2012 season. “With the quality of the team named, I’m confident we’ll get World Tour status straight away,” Dean said. Waihi-born Dean completes a four-year contract with Garmin-Cervelo at the end of the year. One of the sport’s leading sprinters, he has been with three other major cycling teams — US Postal, CSC-Tiscali and Credit Agricole. He believes he is riding as well as ever and says he is looking at one year at a time in terms of his future. “I think I have something still to offer and believe, over the last two to three years especially, I’ve raced at my best.”