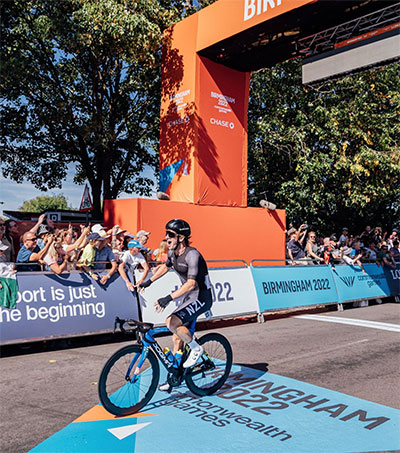 Aaron Gate of New Zealand had an incredibly successful few days at the beginning of August, Cycling Weekly features writer Tom Thewlis reports. The Auckland-born rider, 31, won three track gold medals at the Commonwealth Games, before stunning the field to take the victory in the men’s road race in Warwick.

Reflecting on his Commonwealth Games success, Gate explained that he sees his road race medal very much as his best.

He said: “I’ve always had ambitions on the road, probably more so after the Rio Olympics in 2016 which was when I really started to pursue it. I’ve always enjoyed it, although I don’t know whether I’ve just always been seen as a track rider by people which might put them off.”

Gate added that being chosen as the flag-bearer for New Zealand at the closing ceremony was the ideal way to round off his success.