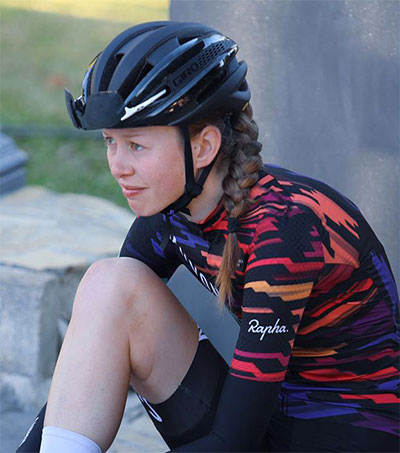 Dunedin cyclist Ella Harris is the third woman, and the youngest victor, to win the Canyon-Sram Zwift Academy Programme becoming the latest rider to earn a professional contract through the virtual cycling app.

Harris has been handed a one-year deal with the German Canyon-Sram team after seeing off 5000 fellow competitors for the prize, more than double the number of participants from 2017, and becomes the youngest winner of the event aged just 20-years-old.

She was among three finalists to be invited to the team’s end of season training camp in Malaga, Spain after having impressed in the 10 structured workouts and races set by Zwift during the academy.

Harris was left shocked following the announcement in Spain but realises the hard work that is still to come.

“I entered hoping, and wanting, to win but when I heard my name called out, it was a feeling of complete shock.”

She will be one of two New Zealanders to make their debut on the women’s world tour next year, joining Wanaka cyclist Mikayla Harvey, who has signed with Switzerland-based Cervelo Bigla.