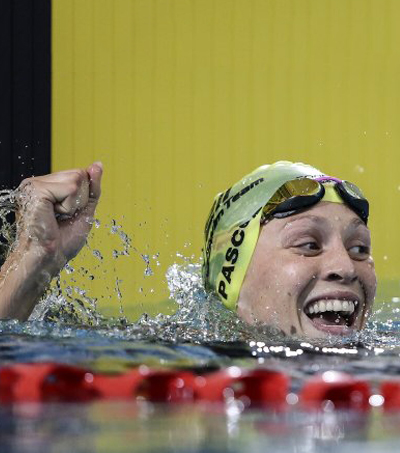 Kiwi Paralympic swimmer Sophie Pascoe has lowered her own S10 100m fly World Record to 1:02.60 on the fourth day of competition at the 2016 New Zealand Open Championships.

“I was hoping for a 1:03 low. When I saw 1:02.60 I was pleasantly surprised but I wanted a strong national to show all the others beginning their nationals that I am on form for Rio,” said Pascoe, as reported in Swimming World Magazine.

She will represent New Zealand for a third time in Rio this summer.

“World Record in tonight’s 100m fly at nationals super stoked to do a PB by 1.12 seconds, even surprised myself. Thanks so much for all the support from everyone and all the messages coming through, really appreciate it. Bring on the last day of racing tomorrow, Last one fast one,” the swimmer posted on Instagram.

This year, she took the first 50 out three quarters of a second faster than in 2015 and even managed to bring it back home quicker as well for a final standard of 1:02.60.