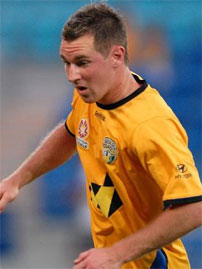 New Zealand international Shane Smeltz has “ended weeks of speculation about his future by joining Perth Glory as the club’s marquee player,” Peter Kogoy writes for The Australian. “In one of the recruiting coups of the off-season, Smeltz is the sixth new player to sign with the A-League club, as coach Ian Ferguson looks to return the club’s to its former glory. ‘It’s all about timing and I think Perth Glory is heading in the right direction,’ Smeltz said. ‘There’s a fresh look about the club and it’s something I want to be part of.’ Smeltz has scored 49 A-League goals in previous stints with Wellington Phoenix and Gold Coast United and is set to become only the second player to reach 5 goals in the competition. ‘He’s a fantastic signing for the club,’ Ferguson said.” Smeltz was born in Germany.