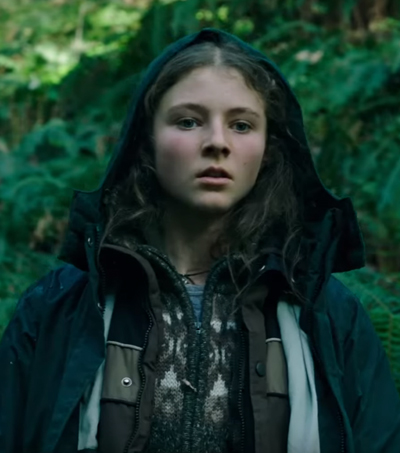 Slow Down With Low-Key Drama ‘Leave No Trace’

“Purposefully slow cinema can be a welcome respite from the craziness in both our world and multiplexes,” writes Linsey Bahr in an article for The Daily Democrat. “That is exactly what you’ll get with filmmaker Debra Granik’s Leave No Trace, a poetic and low-key drama about a father and his teenage daughter whose attempt to live outside of society becomes increasingly impossible.”

“Leave No Trace, starring Ben Foster as Will, and the entrancing newcomer Thomasin Harcourt McKenzie, as his 13-year-old daughter, Tom, is Granik’s first narrative feature since Winter’s Bone, “which is most remembered these days for putting star Jennifer Lawrence on the map.”

“Adapted from Peter Rock’s book My Abandonment, Will and Tom live a kind of a magical life under a tarp in the dewy woods, playing chess, reading books, making their own fires and running drills to avoid intruders,” writes Bahr.

Then one day “everything is ruined when they’re found out by the park rangers and taken in for questioning in a scene that will seem uncannily evocative of the family separation situation at the border.”

Tom and Will are “given shelter in the guest house of a Christmas tree farmer, for whom Will is expected to work while Tom enrolls in school.” While Will struggles with the new arrangement “Tom is not only fitting in, but enjoying being settled for once.”

“Their journey from here may not be all that surprising, but it’s a testament to the actors and director that it remains riveting throughout,” writes Bahr.

“Foster, who often plays the flashy, crazy wild card in any given movie, is quite good in a softer and more restrained role”.

“And McKenzie, who hails from New Zealand, is a breakout revelation who should have a long career ahead of her.”