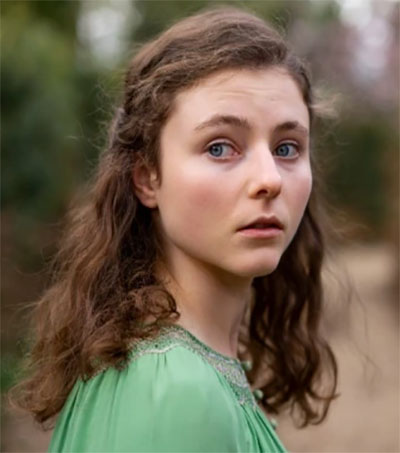 At just 21, Thomasin McKenzie, who plays Ursula in the four-part BBC series Life After Life, already has a list of impressive credits including Leave No Trace and Last Night in Soho. BAFTA winning director John Crowley was taken with Wellington-born McKenzie’s “wonderful” performance in Jojo Rabbit.

McKenzie too was drawn to the script and immediately read Kate Atkinson’s bestselling novel the film is based on as well, in order to understand that world better. McKenzie’s preparation also included meeting an epilepsy nurse as déjà vu is one of the symptoms of epilepsy, and consulting with her 95-year-old grandmother who was in the UK during WWII.

McKenzie next stars in William Oldroyd’s film Eileen, based on Ottessa Moshfegh’s Booker shortlisted novel; and Olivia Wilde’s Perfect, about Olympic gymnast Kerri Strug’s fight against the odds to win a gold medal for Team USA at the 1996 Olympics.