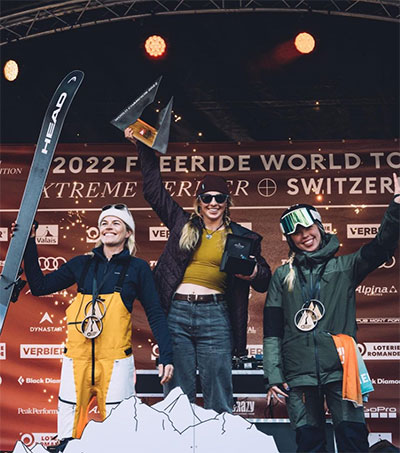 “After a season filled with some nail-biting moments, the 2022 Freeride World Tour Champions were crowned at the Xtreme Verbier, the final stop of FWT 2022. The Xtreme closes a competitive season that will be remembered for breakout performances from wildcards and rookies, and new world champions in all four categories,” Ritter writes.

“Hotter became FWT Champion in Women’s Ski. Though Hedvig Wessel chased her all season, Hotter was out of reach in the overall ranking with two event victories and one second place.”

In Stuff, Hotter was reported as saying at the finish line: “I don’t really have an words. I am just happy that I am down and walking and I am pretty stoked to take the overall.”