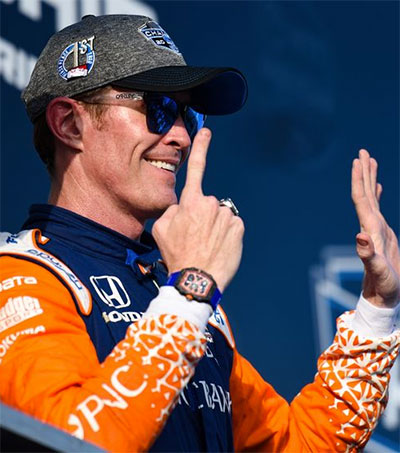 Each of Scott Dixon’s six NTT IndyCar Series championships have bent to unique arcs, Marshall Pruett reports for American motorsports magazine, Racer. With his latest, earned late October in a thriller on the streets of St Petersburg in Florida, the New Zealander added a new twist to the theme that wasn’t seen in 2003, 2008, 2013, 2015, or 2018. For once, the hunter became the hunted.

“It’s the only time that I’ve ever led from the start and all the way through,” Dixon, 40, says. “There is a different kind of stress. You don’t want to be in that situation where we’ve won before, where we’ve come from a big deficit and that the countback or the tiebreaker that we had with Montoya [in 2015], the fact that in ’13, we were able to get it over [Helio Castroneves] from an almost 90-point deficit.”

If there’s one area of Dixon’s game that goes under-recognised, it’s his active efforts to keep the No. 9 team from falling into monotony and routine. Maintaining a creative spark, especially on the engineering side, has kept the programme in a perennial title hunt.