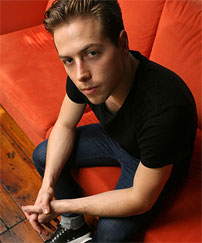 Singer-guitarist of The Naked and Famous Thom Powers wasn’t as temperamental as Orson Welles but he did have a singular artistic vision his Auckland peers apparently could not comprehend. “I had a real difficulty working with others, simply because I felt like I had some good ideas, but a lot of the musicians I knew wanted this Three Musketeers idea of creative input, where everyone gets a say,” Powers says. “So I just didn’t really click with anyone. I guess I had a more adult idea of how a band should work.” Through trial and error, he finally settled on co-vocalist and keyboardist Alisa Xayalith and the other three members who comprise his poppy techno-punk quintet, which played The City in San Francisco in April as part of their US tour. Amongst other dates, TNAF play Kansas City on April 22 and Cleveland on April 29.