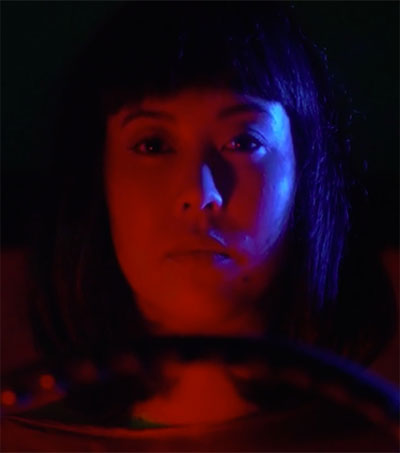 The Naked and Famous Match Sound to Vision

The New Zealand-born, Los Angeles-based group The Naked and Famous are pairing a striking visual story with their new album Simple Forms, which was released this month via their own label Somewhat Damaged.

“There’s pain and passion behind this art,” Xayalith says about Simple Forms. “Pop techniques are all about maximum impact. And it’s not like this is an album of bangers but it’s the most immediate thing we’ve ever done.”

The visual for “The Water Beneath You” takes us on a 3D journey through a desert highway landscape, and the lyrics flashing across the screen give each potent line from Xayalith and Powers a heightened sense of urgency.

The Naked and Famous formed in Auckland in 2007.