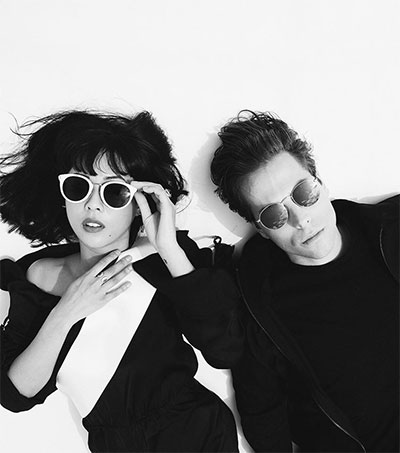 Looking Back on a Decade of The Naked and Famous

Ten years into being a band, Auckland-formed group The Naked and Famous are finally living up to the first half of their name and baring it all – kind of. Victoria Wasylak of online music and lifestyle magazine Vanyaland has a chat with vocalist Thom Powers.

After beginning their career crammed in a bedroom penning and recording songs for 2010 debut album Passive Me, Aggressive You, the indie mongers have landed in the same place a decade later, recording their acoustic album A Still Heart in guitarist and Powers’ garage studio.

Originally simply titled Stripped, the record is the outfit’s in-between project, spanning the gap from 2016’s Simple Forms to their still unnamed “LP4” with medley versions of select songs from their three prior studio albums.

“We are no longer the kids who wrote Passive Me, Aggressive You,” Powers says. “That era feels distant. I look back at who I was and cringe. In the past we’ve been adverse to acoustic performances. It wasn’t how we wanted to represent The Naked and Famous and we didn’t feel confident, or creatively equipped, to pull off that kind of performance.”

Throughout 2017, the group has been dropping songs from A Still Heart piecemeal, the most recent of which, Punching In A Dream, debuted last week. The entire record is due out in the spring of next year.

“[In the next decade], if we still feel like The Naked and Famous is a working vehicle for our artistic voices, we will keep it on the road,” Powers says.

Since 2012 the band has been based in Los Angeles.