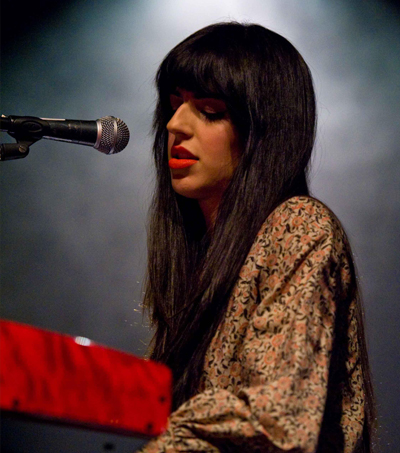 When “Lorde and her minimalist pop masterpiece ‘Royals’ gradually conquered the world in 2013, fans and critics alike in the US and Europe – and to a lesser extent in Australia – declared it a watershed moment for New Zealand’s music scene,” writes Alexander Darling for Tonedeaf.

“While this reaction wasn’t unexpected, it belied New Zealand’s impressive track record of locally bred artists, from a broad range of genres, who have found success overseas.”

Dame Kiri Te Kanawa is New Zealand’s most famous opera singer. She began her career as a pop star in local clubs in her teens before winning a grant to study in London. She quickly made a name for herself singing Verdi, Mozart and Puccini, and portraying princesses and countesses on stage and continues to perform today.

This Auckland “indie-electro outfit” is centered around the talents of vocalist Alisa Xayalith and guitarist Thom Powers. The band cracked the Top 10 in the US alternative charts at the start of the decade with ‘Young Blood’ and ‘Hearts Like Ours’. Their songs have been used in promos and TV shows including Gossip Girl, Skins, Secret Circle and Degrassi.

Brooke Fraser is one of New Zealand’s best-selling singer-songwriters in history. Since releasing her first album at 18, she’s gone on to be certified 15x platinum. Her most famous work is 2008’s ‘Something in the Water’.

Auckland-born Wigmore began her rise to prominence in 2008 when she won the International Songwriting Contest in New York. An EP and two albums later, Wigmore’s seductive and arresting folk-pop have found their way into worldwide Johnnie Walker and Heineken commercials.

Split Enz remain one of the most successful NZ acts in history and secured cult followings and chart success in the US and Canada in the early ’80s.

The Datsuns “came charging out of Cambridge in late 2002, in a blaze of fuzzy distortion, welding guitar solos and shrieking vocals that cemented them as NZ’s offering to the garage rock revival of the early noughties.” They continue to tour and release albums to good reception locally and in Scandinavia.

Jermaine Clement and Brett McKenzie, the duo behind the Flight of the Conchors, won a Grammy for best comedy release in 2008 for their deadpan punchlines in song. They followed this up with two more albums and a multi-season HBO TV Show where they stuck true to their quirky humour. In recent years, the two Kiwis have pursued solo film ventures. McKenzie’s Man or Muppett won an Oscar in 2011 for best original song.

Kimbra made a name for herself as the second voice on Gotye’s multi-grammy-winning smash ‘Somebody That I Used to Know’. She also has a talent for witty songwriting.