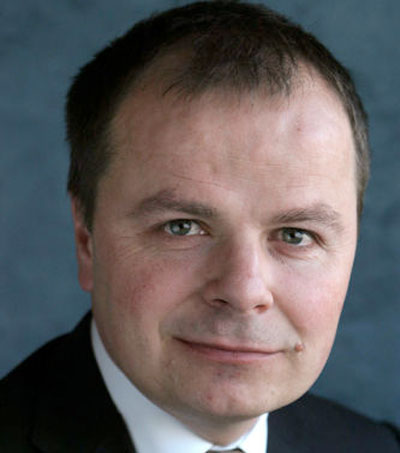 Signing up as Finance Director at Bank of Scotland

Stevenson was co-head of investment banking for Europe, the Middle East and Africa at Credit Suisse.

Stevenson was on the team of Credit Suisse that advised the British government on its bailouts of RBS and Lloyds during the 2008/9 financial crisis.

That, said Bernstein Research analyst Chiran Barua “will give him a head start as to the idiosyncrasies of the RBS balance sheet and relation to its principal shareholder”.

Photo by Royal Bank of Scotland Group Plc via Bloomberg.