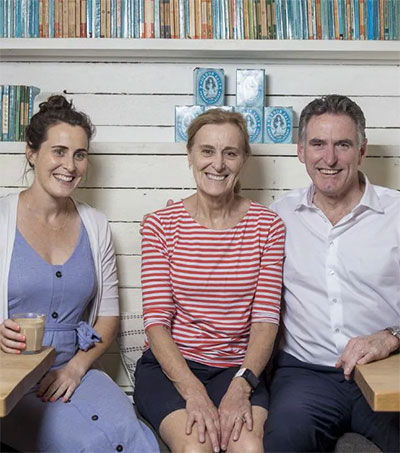 Sitting in the Royal Bank of Scotland’s revamped offices near London’s Liverpool Street station last month – days after accepting the top job at National Australia Bank, having given 12 months’ notice at RBS in April – Ross McEwan was in the mood to reflect on his gruelling tenure. Emma Dunkley interviewed the New Zealander for Britain’s, The Times.

After joining as head of the retail bank in 2012 and becoming chief executive the following year, McEwan, 62, steered RBS through one of the biggest-ever corporate restructurings, slashing its investment banking arm and withdrawing from 20 countries, Dunkley continues.

He hacked back the balance sheet from £1.1 trillion to £730bn, stripped out more than £4bn of costs and cleared whopping mis-selling fines.

The bank returned to profitability in 2017, having racked up losses totalling almost £60bn since 2008, and has started to dish out dividends again.

RBS is now swimming in cash, with excess capital reserves, and the chief executive is preparing to return a chunky amount to long-suffering shareholders.

“McEwan has done a good clean-up job,” said Ian Gordon, an analyst at Investec. “I’m expecting about £9bn in dividends and share buybacks over the next three years, worth about a third of the bank’s market capitalisation.”

That is the sunny side of the story. On the stormier side, thousands of small businesses are still reeling from mistreatment at the hands of RBS’s restructuring unit after the financial crisis.

However, RBS has undeniably turned a corner, silencing critics who doubted the bank would recover. “It feels incredibly good,” McEwan told The Times.

McEwan sees technology-focused companies as the biggest threat to every industry. “If you’re not great digitally, you’ve got a problem,” he said. Meanwhile, low interest rates and ferocious competition in the mortgage sector are hitting banks’ profit margins.

He faces more challenges at NAB – criticised in an Australian inquiry for excessive fees – and some friends think he is mad to take on more short-term pain. But he cannot resist a good repair job.

(McEwan is pictured with and his wife Stephanie at Flotsam & Jetsam, the café their daughter Hana, left, runs in south London.)