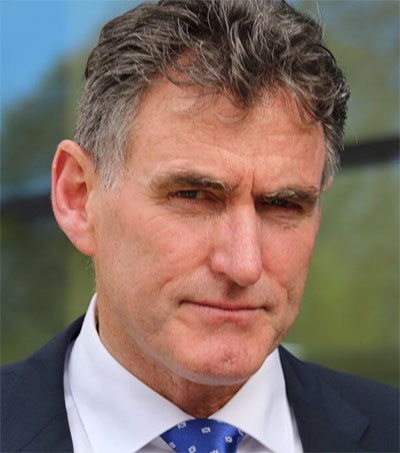 Former chief executive of the Royal Bank of Scotland (RBS) New Zealander Ross McEwan, whose job at the UK lender was labelled one of the toughest in banking, has been named in the Queen’s 2020 New Year Honours list.

McEwan, 62, has been made Officer of the Order of the British Empire for his services to the financial sector.

McEwan joined RBS from Commonwealth Bank of Australia in 2012 as head of its retail banking business in the UK.

He was named CEO in 2013 and handed the task of reviving the fortunes of a bank still struggling from the fallout of the 2008 global financial crisis, a period during which the UK government was forced to take an 80 per cent stake in the business to save it from collapse; RBS’s losses for 2008, which totalled more than £24bn, remain the largest in UK corporate history.

Philip Hampton, the former chair of RBS, said at the time of McEwan’s appointment to CEO that the latter would be taking up one of the “most important and challenging in the business world”.

McEwan went on to lead a deep restructuring of RBS, withdrawing from international markets, greatly reducing its once powerful investment bank and refocusing the business on its home market in the UK. In 2017, RBS made a profit for the first time in a decade and in August 2018 paid its first post-crisis dividend to shareholders.

Announcing his decision to leave RBS earlier this year, McEwan said: “With much of the restructuring done and the bank on a strong and profitable footing, I have delivered the strategy that I set out in 2013 and now feels like the right time for me to step aside and for a new chief executive to lead the bank.”