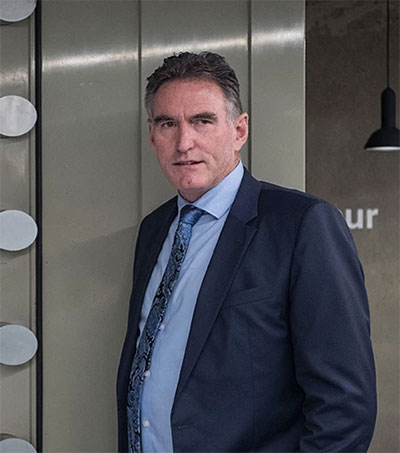 When New Zealander Ross McEwan dropped in for a surprise visit to a Royal Bank of Scotland (RBS) branch in London last month, he was appalled by how scruffy it looked. “It needs a bloody good clean,” the banker said, with his customary bluntness.

The RBS chief executive knows plenty about cleaning up. He has spent five years taking apart what was once the world’s biggest bank by assets, slashing thousands of jobs, shedding almost £1tn in assets and pulling out of dozens of countries.

McEwan, 61, says he has at least two years’ more work to address the latest challenge confronting RBS: high-tech upstarts trying to steal many of its increasingly dissatisfied customers.

He has developed a two-pronged strategy to deal with the threat from financial technology groups such as Monzo and Funding Circle. First, he has pushed to modernise and simplify RBS’s IT system. Second, he has launched a handful of standalone digital banks to compete with the fast-growing fintechs.

“We’re doing both, so we’re working on how do you digitise the core bank as our primary opportunity,” says McEwan, sitting in an RBS building in north London, which the bank converted in 2017 from a cash delivery centre into one of 13 start-up incubators. It is now called RocketSpace.

“At the same time we are having a look at should we be putting a brand new venture out into the marketplace that does things completely differently?”

Describing RBS as “the biggest corporate turnround in history”, McEwan, who joined from an Australian rival in 2012, says it “exemplified the worst” of everything banks got wrong before the crisis – starting with prioritising growth over customer service.

Listing the five main risks in banking – lending, trading, capital, funding and acquisition – he says most banks failed on one or two, but “there was only one bank that blew up on five of the risks and it was RBS”.