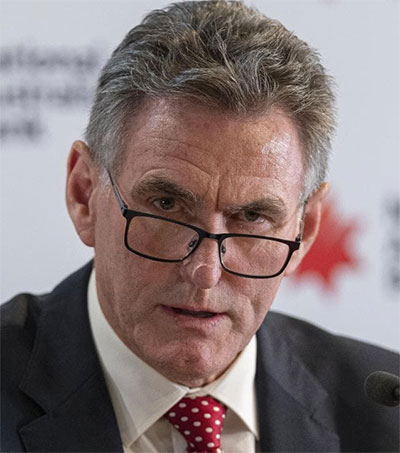 National Australia Bank (NAB) has appointed the New Zealander who oversaw Royal Bank of Scotland’s lengthy restructuring as its new chief executive, Daniel Shane and Jamie Smyth report for the Financial Times. Melbourne-based NAB, Australia’s fourth-largest bank by assets, said that it had hired as chief executive Ross McEwan, who resigned from RBS in April after completing one of the largest restructurings in UK corporate history and returning the taxpayer-owned bank to profitability.

McEwan had won plaudits for returning RBS to profits and dividend payments after almost a decade without either following its £45bn bailout by the UK government during the 2008 financial crisis, FT reports.

The appointment of McEwan follows the resignation of NAB chief executive Andrew Thorburn in February after stinging criticism of his leadership of the bank by a public inquiry into misconduct in the finance industry.

David Ellis, an analyst at Morningstar, said the appointment was a good one. McEwan “was the best candidate available. He has a lot of experience in dealing with tougher regulatory environment in the UK, focusing on corporate culture and improving risk management.”

Ellis added that the appointment “could be the catalyst that NAB needs to leverage the hard work that it has done in implementing its transformation programme”.

McEwan is set to take up his post at NAB no later than April 2020. His notice period with RBS is 12 months, but the bank said he would only stay in his role until a successor is found. He will be invited to join NAB’s board of directors.

Prior to joining RBS as the Edinburgh-based bank’s head of UK retail in 2012, McEwan spent almost a decade in various senior roles at Commonwealth Bank of Australia.