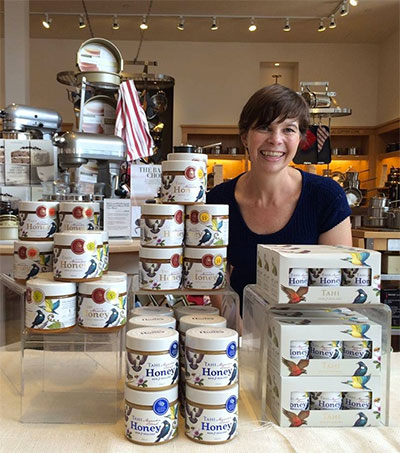 New Zealander Sarah Ayala is “living the American dream” in Houston where she and her husband relocated to a year and a half ago from Portland, Oregon. Ayala, who recently started The Kiwi Importer, a distributor of Tahi Manuka honey, says Houston is a “very worldly metropolis and an amazing place.”

Ayala said that when she started the company it was a classic case of knowing the right people. She was approached to become a US distributor of the honey by an ex-professor who knew that Ayala had import and export experience with agricultural foods and in selling to large US retailers.

While setting up a business in Houston had been relatively seamless for her, Ayala remarked that the difficulty that she and her husband faced when they arrived in the US was the same as for all expats: They didn’t have a US credit history.

This is how the idea for Ayala’s second business was born, which has brought Ayala and her husband full circle from being expats themselves, to now assisting other expats who move to the US.

They saw a need in the Houston market for more expat-friendly credit services and have recently launched their new business, Expat Box USA LLC.

The company is geared at providing expats with the much needed quick access to credit when they arrive in the US, as well as providing them with the tools that are necessary for building their US credit history.