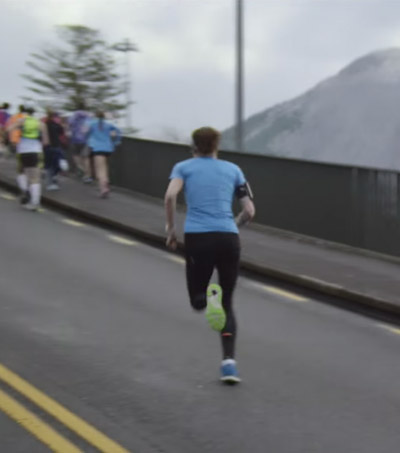 Asics has just launched its biggest ever global campaign with an epic new advertisement which was shot on location in New Zealand, and features crowds of runners summoned by a hunting horn as they run through the stunning landscape.

Created by 180 Amsterdam, the ad features a cast of 150 real-life runners (amplified by CGI crowd-replication technology from MPC to look like a cast of thousands) and the tagline is “It’s a big world. Go run it.”

Al Moseley, president and chief creative officer at 180 Amsterdam, told Creativity: “It was very important to us that everyone featured in the ad was a real runner. There are no actors whatsoever. We had seven featured runners — all street-cast real runners who live in New Zealand, each with their own unique passion for a variety of types of running. For example, Chris, the runner who blows the horn and reaches the top first, is a trail runner and triathlete. He even ran to the audition after a race.”

“The film shows that we are more ambitious, more inspirational and more adventurous than ever before,” said Sutter. “Even on set, it was fantastic to see how much our athletes were inspired by the environment they were in.”