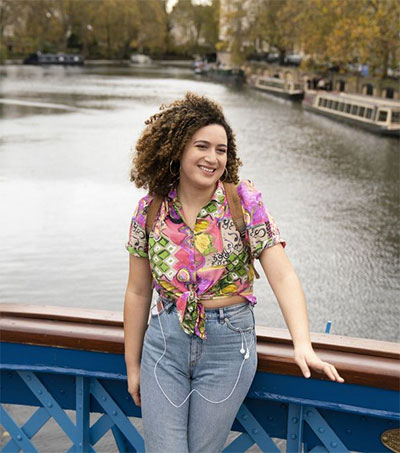 While shooting Season 2 of Starstruck, London-based New Zealander Rose Matafeo, 29, spoke to Harper’s Bazaar about its origin story, her dream guests, and how the stereotypes of rom-coms could do with a shake-up.

“I think I’m making something with a huge amount of love for the genre, characters and just the idea of romance. I’m adding a New Zealand character with a funny accent. That’s pretty rare,” Matafeo told Harper’s writer and editor Ilana Kaplan.

“The biggest mention that New Zealand had in rom-com history beyond this was when Sally Phillips’s character in Bridget Jones mentions Sheila from New Zealand in a scene. And I was like, ‘Oh, my God. She said, ‘New Zealand.’ Hopefully, that’s what I’m adding. And just more Brown people – you’ve got to have more of that in romance films.”

Auckland-born Matafeo is a recipient of the Billy T Award. She won the Edinburgh Comedy Award 2018 for Best Show at the Edinburgh Festival Fringe for her show, Horndog.