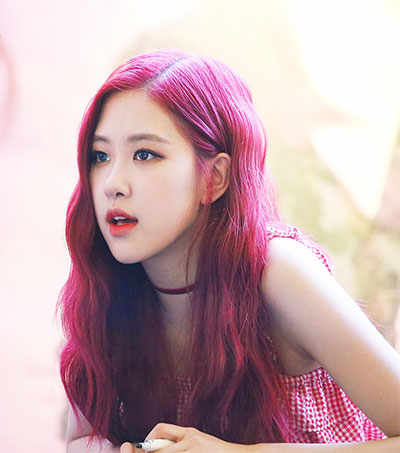 A member of one of the most popular female K-pop girl groups, Auckland-born Park Chae Young, aka Rosé, 21, is gaining popularity in her own right for the sweet timbre of her voice.

Since the band’s debut two years ago, Blackpink (Rosé, Jisoo, Jennie and Lisa) have become firmly established as one of K-pop’s most popular groups. Their music can be heard in shops and malls across South Korea, yet not much is known about the foursome. Unlike other K-pop idols, you’d be hard pushed to see them in commercials or posters advertising soju.

Blackpink have the largest number of Instagram followers among K-pop female idols – at more than 12 million – yet they seldom appear on variety shows or take part in interviews. This aura of mystery seems only to have boosted the band’s popularity.

Blackpink’s members have also become fashion icons: they are regulars in the front rows of fashion shows at home and overseas.

Rosé is the group’s lead dancer and is also known for her unique, dreamy voice. She has an ability to hit high notes easily while performing extreme dance moves on the stage – something even veteran K-pop artists cannot always manage.

“I love cooking, eating and watching TV with Jisoo, Jennie and Lisa,” she said in a recent interview published in YG Life.

“I feel 100 per cent Korean and also I sometimes feel like a foreigner,” she said during an appearance on JTBC TV’s Give Me a Meal.

Blackpink perform in Seoul, South Korea on 10 and 11 November, then in Osaka, Japan on 24 December.