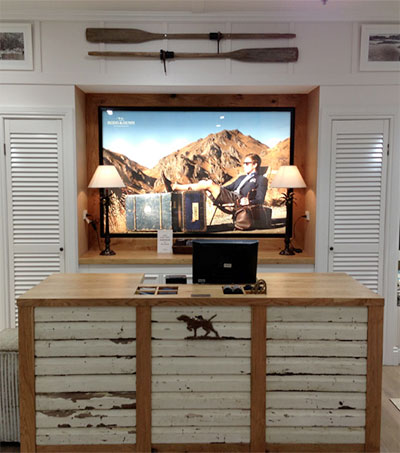 New Zealand-owned menswear retailer Rodd & Gunn, which was established in 1946, is stepping up its global expansion plans with a flagship showroom on Madison Avenue in New York.

Managing director Mike Beagley, who joined the company in 2000 and bought it out in 2006, said it was a “dream come true” on a personal level.

“New York sets the bar in retail trends and it’s pretty exciting to be welcomed into that scene.”

Beagley said the US was the most competitive market in the world, but an important stepping stone.

The fashion label’s first store in the US will sit within the 2400 square metre showroom of online menswear shopping company, Trunk Club.

The new store marks a major diversion from its current strategy of selling through wholesalers, with product stocked across 44 states through a network of 221 retailers.

The Trunk Club’s vice-president of merchandising Jason Smith said Rodd & Gunn had been one of the showroom’s most popular labels since it launched in the US two years ago.

“I’d liken it to what Ralph Lauren or even Billy Reid represents here in the US,” Smith said. “It embodies this idea of updated traditional that performs really well for our members.”