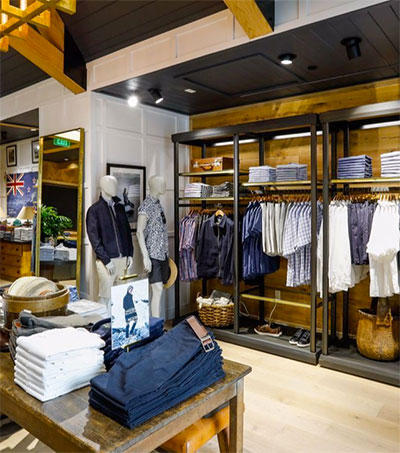 “The line is made with European fabrics and interpreted from a Southern Hemisphere point of view,” Beagley said. “It’s more relaxed and understated, which resonates with southern California very well.”

The 167-square-metre store in the Westfield Century City mall was “created with a lot of intimacy,” Beagley said. “There are smaller rooms and high-pitched ceilings so it feels like a luxury lodge.” A video wall streams live images from the brand’s home country. Top-sellers include lightweight jackets and the brand’s signature handmade luggage and briefcases.

Rodd & Gunn was established in 1987 when the first store opened on Auckland’s Queen Street.