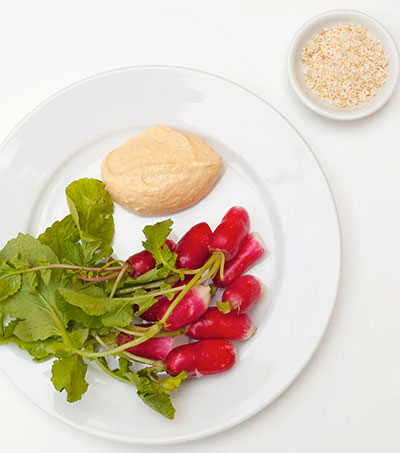 New Zealand-born chef and co-owner of London’s Rochelle Canteen, Margot Henderson has a new endeavour in the capital city inside the ICA on The Mall, which was recently given high praise by the Observer’s restaurant critic and food writer, Jay Rayner.

“The original Rochelle Canteen, over in Hackney, is the work of chefs Melanie Arnold and Henderson, who also run a catering company,” Rayner writes. “Henderson is the partner of Fergus Henderson, who opened St John in 1994. While Fergus is always credited with the rise of nose-to-tail eating, with creating a menu full of chargrilled ox heart and seared pig spleen, of crispy tails and ears and long braised trotters, the aesthetic was as much Margot’s as it was his. And yes, they did bring a certain kind of modernity to London restaurants. Away with velvet plush. Out with the ephemeral. And don’t you dare stack food in towers on the plate. What matters is flavour.

“Drill down on that food though, and the modernity begins to fall away. It is and has always been a self-consciously gutsy, old-fashioned kind of cooking. The kitchen at this Rochelle Canteen produces the kind of food you like to think you cook at home, but never quite do. It is solid and sustaining. It is British cooking, by way of summers in the Dordogne. On a brisk autumn afternoon, the leaves blowing across the Mall from St James’s Park are coppered and bronzed. The sky shifts between steely grey and washed out sun. This food feels right.

“What’s more, it’s accessible – as in easy to get to. Sure, I will go to Inverness for dinner. I have eaten in Llandudno and Belfast, Cardiff and, God help me, Surrey. But Hackney? For lunch? Don’t be absurd. Instead they have come to me, and I am grateful for it. Because this is the kind of food I most want to eat, most of the time. These are big-boned dishes, made of ingredients that taste of something, served in platefuls designed for appetite rather than photography.”

Photo by Sophia Evans for the Observer.