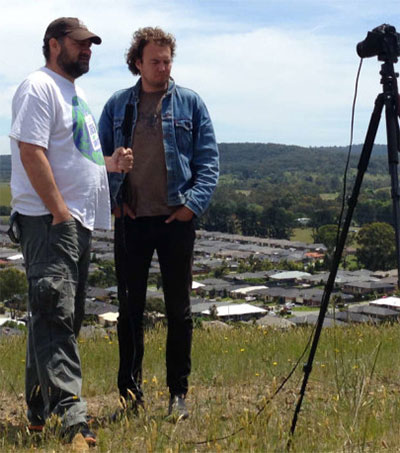 Rob Bryers and Beefy Blake on a Sporting Odyssey

Meet Aucklander Rob Bryers (pictured right) and Welshman Kieren “Beefy” Blake, two blokes crossing the globe to see a different sport for every day of the year, revelling in the Olympic Games as much as Christmas tree throwing.

An eyebrow or two may have been raised in Ennis, County Clare on 3 January when Blake and his sidekick Bryers, pitched up to try their hand at the Irish Christmas Tree Throwing Championships. Bryers proceeded to hurl his conifer 4.5m, officially making him New Zealand No1 in the sport, and it was just the latest story to unfold in a remarkable undertaking that sounds like the kind of scheme a group of friends would dream up in the pub before letting it drift into the night.

“That’s exactly how it was,” says Blake of the 365 days of sport project, in which he and Bryers are travelling the globe and watching a different sport for every day of the calendar year.

Blake says he has discovered around 860 different sports so far, but a year’s worth will do for now and the pair’s odyssey began with a speedway grand prix in Melbourne on 24 October. Twelve other countries have been visited since then and they clocked their 100th sport last week, when they watched a rallying meeting in the Swedish town of Karlstad.

“We’ve kept the schedule as broad as possible,” Blake says. “In November we went to the Melbourne Cup on a Tuesday, with 110,000 people there, and the next day we drove to a small, rural town in the middle of Victoria to watch a sheepdog trial. Only 10 people were watching that one. You go from one extreme to another but the passion is still the same, from the farmers, to the people who work with the sheepdogs, to the jockeys that ride the horses for millions of dollars. That’s the broad spectrum we want to sum up.”

What constitutes a sport is an obvious point of contention, but Blake and Bryers’ primary stipulation is that every event they attend must be an official, organised contest. Pilota valenciana, a relative of handball that is played solely in the Valencia region, was a particular favourite and others have bucked their preconceptions.

The Olympic Games are on their schedule for August, with the World Crazy Golf Championships in Hastings pencilled in to complete the journey.