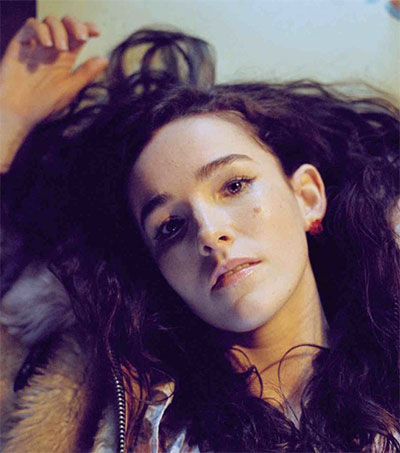 Young New Zealand singer-songwriter who goes by just her surname, Robinson, has had a lot to get excited about recently, NME reports. Her latest tune “Nothing to Regret” has totally blown up. It’s gone gold in this country, platinum in Australia and currently boasts over fifty million streams worldwide.

It’s unsurprising, though, that “Nothing to Regret” has earned her support from tastemakers and consumers alike. All subtle builds and triumphant climaxes, with a huge, emotive earworm of a chorus (à la fellow New Zealander Lorde), it makes for a heady sugar rush.

Greymouth-born Anna Robinson, 21, told the magazine that she didn’t envisage the success of the single.

“It’s weird, when we wrote ‘Nothing to Regret’ it felt really good but I don’t think we really knew what it truly was if that makes sense,” she said. “It’s been such a gradual process for me so I really love being able to appreciate each achievement for what it is.”

She said the next step in her career is to release an album.

“In my head it would just be nice for all the songs to be on one thing, you can just see it and maybe that’s the inner Virgo in me thinking it’s got to be perfectly on an album.”

Tags: NME  Nothing to Regret  Robinson