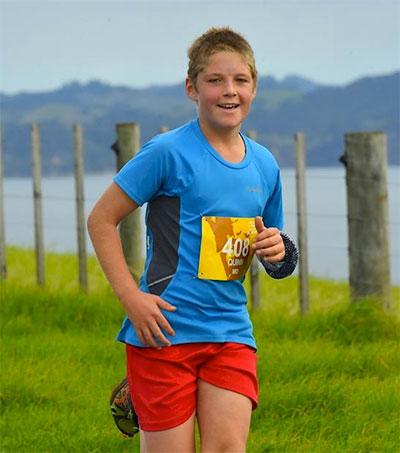 New Zealander Quinn Gardiner-Hall is running the Antarctic half marathon to prove that he is capable of the distance even if he is just 11 years old.

Gardiner-Hall lives just outside of Auckland in Waiuku where he runs and trains hard for his goal races. Despite the fact that many may have pegged him to be lining up at the start line of a kids fun run, he has proven that he is well capable of taking on 21.1K.

Not only is he able to cover the distance, but he’s also seeking to travel to see races outside of his country. According to the New Zealand Herald, Gardiner-Hall’s big goal was to run four half marathons in four different countries before he turned 12. He is just about to complete that goal when he runs the half-marathon in Antarctica on 10 March.

Last year, Gardiner-Hall went to Hawaii to run the half marathon there. He completed it in 2:07, a time which he says he’s happy with considering the hot conditions. He also competed in Australia when he was nine years old. He is trained by his mother, Kylie Hall, who says that her son is intrinsically motivated and that her main objective is to keep him healthy and prevent him from straining himself.

Gardiner-Hall says that he isn’t intimidated by the cold weather conditions that he will have to endure to compete.

“It’s supposed to be really, really cold down there, although it’s not as cold as in the middle of Antarctica because we are only on the Peninsula. It’s 0 to minus 15 degrees Celsius and with the wind it can get down to minus 21,” he told the Herald.

The Antarctica Marathon and Half Marathon is held on King George Island. If Gardiner-Hall completes it, he’ll be the youngest person to have finished the course.

“My mission is to get more Kiwi kids to get off the couch an get active and stop playing the play station,” he says.