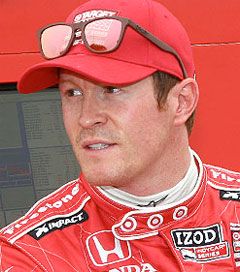 Persistent to the Chequered Flag

It’s hard to ignore New Zealand IndyCar driver Scott Dixon’s consistency, according to the Inland Valley Daily Bulletin’s Robert Morales. “After an up-and-down first four years in IndyCar, he has not finished lower than third in series points the past five years. He was second in 2007, won again in ‘08 with an absolutely memorable season, was second in ‘09 and third the past three seasons. The year 2008 had even living legend like Dario Franchitti singing big-time praises for him. “There is no doubt, he is one of the very best, and with his age and stuff, I really think he has the ability to become one of the winningest drivers of all-time,” Franchitti said. Dixon, 32, is currently second in series points with 70, behind Helio Castroneves, who has 79. He competes in the IndyCar main event for Target Chip Ganassi Racing on the streets of Long Beach on 21 April.