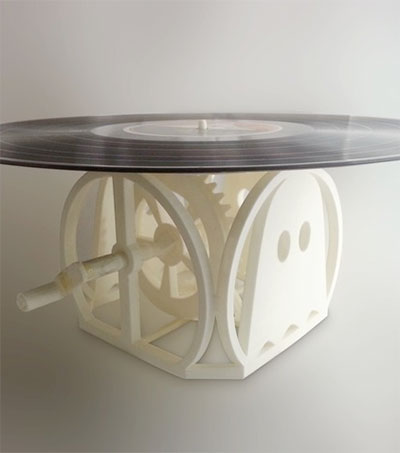 The head of the US Federal Communications Commission, Ajit Pai, saw Jones’ entry and tweeted about it.

Jones’ player consists of a plastic turntable operated by a crank, a speaker made of a piece of paper and a needle from a sewing kit.