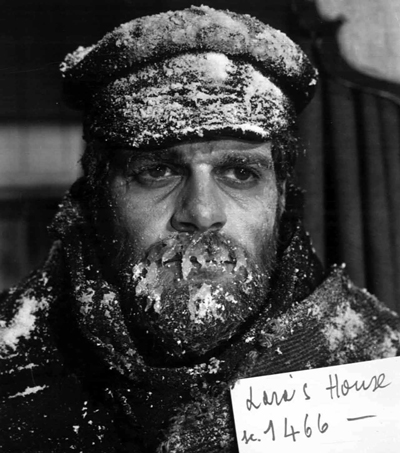 An unnamed New Zealand diplomat has played a role in the Cold War literary intrigue that became known as the Zhivago affair. It was a New Zealand diplomat stationed in Moscow who smuggled out of Russia the first parts to the magnum opus, Dr Zhivago, by Boris Pasternak, reports the London Review of Books.

The novel, of course, became a literary sensation on the back of the propaganda efforts of the Allies and the Soviet counter-espionage attempt to stop publication.

But New Zealand’s role in the publication of Pasternak’s masterpiece, which was turned into an award winning David Lean film starring Omar Sharif and Julie Christie, has hitherto been unknown.

In 1956, Harvard academic Martin Malia, who may have provided information of interest to the CIA, met with Pasternak, who told Malia he had given the first five parts of the novel to a friend at the New Zealand embassy in Moscow, who had arranged for them to be smuggled abroad. Later parts, which Pasternak was revising, were to be given to French students to take back home.

Dr Zhivago had been rejected by the Soviet Central Committee Culture Department for its “malicious libel against our revolution and our entire life”. But to publish abroad not only required subterfuge but risked death, writes Francis Stonor Saunders in the LRB.

Boris Pilnyak, Pasternak’s friend and neighbour, had done so and was arrested and killed with a single bullet to the back of the head. Notwithstanding the post-Stalin “thaw”, Pasternak was taking risks in seeking publication through his Western contacts.

What Pasternak or his Western supporters, including Isaiah Berlin, didn’t know was the lengths spy agencies in the US and UK would go to subvert his great work into a piece of anti-Communist propaganda. In Russia, Pasternak became an outcast and a traitor, politically and socially excommunicated.

Nikita Khrushchev wrote in his memoir, itself only published after it had been smuggled to the West, that he regretted using ‘police methods’ against Pasternak. He had entrusted the matter to others and only when he read the book did he realise he had been misled. After all, Khrushchev was even more critical of Stalin’s Soviet Republic than Pasternak in Zhivago.

The identity of the New Zealand diplomat and the whereabouts of those first Zhivago chapters remains, alas, a mystery.