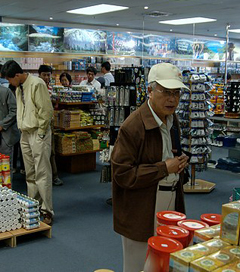 New Zealand will ‘not tolerate’ Asian tourists being ripped off, Associate Tourism Minister Chris Tremain is reported saying by the New Straits Times. His comment follows the fining of two New Zealand firms by the Commerce Commission for selling products not made in New Zealand, despite claims to the contrary. Prosecutions are ‘relatively rare’ Minister Tremain said, but they send a clear message that New Zealand will not tolerate visitor exploitation. The companies, and some individuals, were fined $NZ 259,000. The fines resulted from tourists from China, South Korea and Taiwan being sold rugs made in Peru, and not New Zealand as claimed, said the New Straits Times. The tourists also purchased duvets supposedly containing100% alpaca or merino wool, when in fact the claim was known to be false. The duvets also cost about $NZ 70 to make but were sold to the tourists for $NZ400 to $NZ1000. ‘New Zealand has a reputation for premium wool products. Tourists pay significantly more for these products than for the same items produced elsewhere. In [these] case[s] tourists, who represent a valuable segment of the country’s economy, have been deliberately targeted and harmed by this conduct’, the New Straits Times quotes the Commerce Commission saying. Minister Tremain stressed that New Zealand will always ‘strive to ensure visitors are offered the best possible experience of New Zealand, including their interactions with our retail sector’, according to the New Straits Times.