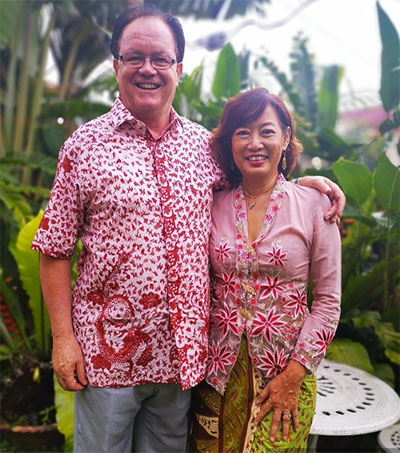 New Zealand-born linguist Dr Stephen Hall and his English language specialist wife Dr Lee Su Kim have teamed up to record a very unique number of colloquialisms in their latest book Manglish: Malaysian English At Its Wackiest!, which attempts to unlock what they acknowledge as “one of the funniest and interesting English varieties in the world”. Elena Koshy reports on the work for the New Straits Times.

This is the second edition to Lee’s first book with the same title that came out almost two decades ago.

Has much changed since then? Koshy asks. “Yes, but that holds true for every other human language,” she exclaims. “Language is always changing, evolving and adapting with new words being borrowed or invented. We’ve come across brand new words, idioms and expressions that are included in this book.”

Manglish is a historically-rich testament to human ingenuity, Malaysia’s rich culture, a natural evolution of language and the simple need for communication.

To some, Manglish can initially sound like a broken variation of more commonly spoken languages and as Hall asserts, it’s faulty to categorise it as incorrect or a sub-standard form of English. “In reality, Manglish is a historically-rich testament to human ingenuity, Malaysia’s rich culture, a natural evolution of language and the simple need for communication.”

With governments frowning upon the informal use of English, is there a chance that Manglish might meet its untimely end in the near future? “Not likely,” responds Hall, adding emphatically: “You can never stop language development or what people want to speak. You can’t stop people from communicating in ways that work for them. Manglish bridges the gap and acknowledges our national identity like none other.”