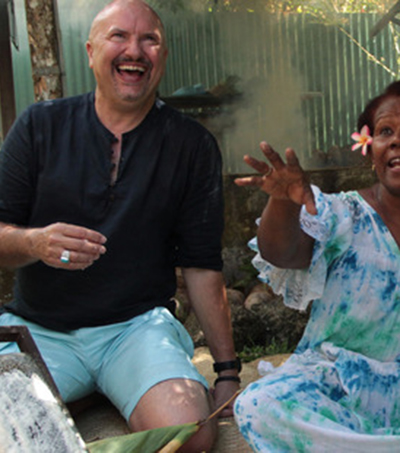 Robert Oliver, Pacific cuisine specialist and star of Real Pasifik, was crowned Best TV Chef at the Gourmand World Cookbook Awards held in Beijing on the 19-22 May, beating 187 other contenders in his category, including Kiwi MasterChef Nadia Lim.

The winning series was based on Oliver’s 2010 book Me’a Kai: The Food and Flavours of the South Pacific which earned him Cookbook of the Year in 2011.

Robert is influenced by the cuisine of the South Pacific island nations; Tonga, Tahiti, Samoa, Fiji, Vanuatu, and Cook Islands.

Currently a writer for Taste magazine, Biusco said the recognition was a great win for the NZ food industry.

“Winning an award such as this in the presence of such hugely influential people means the world to me, and shows New Zealand off in the very best light.”