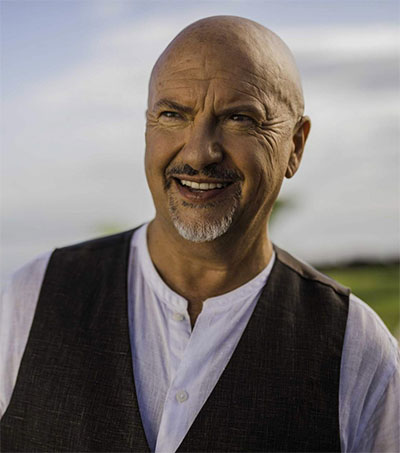 A new reality TV cooking show, Pacific Island Food Revolution, aims to help reverse the trend of dietary-related health problems. Filmed in Tonga, Samoa, Fiji and Vanuatu and expected to air across the south Pacific region from this month, and later in New Zealand and Australia, it will carry the message of healthy eating into the home via the same medium as the advertisements for all those sweet and salty packaged goods: the telly. New Zealander Robert Oliver hosts the show.

Funded by the New Zealand and Australian governments, Pacific Island Food Revolution follows the same format as other reality TV cooking shows, with contestants from Tonga, Samoa, Fiji and Vanuatu facing heats and finals before a winner is crowned. The cooking challenges are based on issues the region faces. Creating healthy baby food might not sound like a glamorous culinary art, but it is critical in countries like Vanuatu, where one in three babies are stunted by poor nutrition in the first five years of their lives.

The revolution is being led by Oliver, 58, who grew up in Fiji and Samoa, where his father was a social worker.

“When you look at pictures from the 1970s and early ‘80s, they were just wonderfully fit, healthy people,” says Oliver, who is also executive producer of the programme. “The diet was carb-heavy, fish-heavy, veg-heavy. But if you take out the greens and put in processed food and have a sweet drink, then you have a sugar bomb, because the carbs convert to sugar.”

Oliver worked as an executive chef in the US for more than 20 years, opening Pacific island-themed restaurants, working with Mary Cleaver, a pioneer of New York’s sustainable cuisine movement, then opening “farm to table” restaurants in the Caribbean. But after losing money during the 2008-09 global financial crisis, he returned to the South Pacific, where he set about researching his 2010 book, Me’a Kai: The Food and Flavours of the South Pacific.

He discovered how – thanks to a deluge of marketing hyping imported foodstuffs – traditional, nutrient-rich fresh produce was being replaced by processed, packaged junk. People began to feel ashamed of their own food, regarding it as backward. “To be told your food is not good enough is very destructive,” Oliver says. “Food is our cultural sense of self. The story of the food is the story of the people. It is a collection of flavours and memories.”

Oliver knows getting this TV competition to change attitudes towards food will be a long game, one in which everything from social media to soap operas and song will be co-opted to the cause. “We recognise that it is going to take about five to eight years, and it might change shape,” he says. “To incite the will and the passion, it has to be total immersion. You will have to be under a rock not to hear about it. Television only goes so far.”