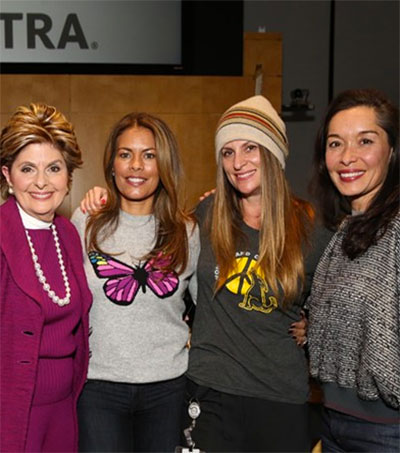 Sharing stories about the bad behaviour of powerful men in Hollywood has long been a perverse practice in the film industry, according to Wellington-born film director Niki Caro (pictured second from right), speaking to an audience of 200 members of the Screen Actors Guild-American Federation of Television and Radio Artists (SAG-AFTRA) at a recent panel discussion of sexual harassment in Hollywood.

“I think a big part of the problem is that this industry is clinging desperately to a very old-fashioned paradigm whereby men are powerful and women are beautiful,” Caro said. “And we are so far beyond that, and yet we are held back by that.”

At the event, hosted at SAG-AFTRA’s Miracle Mile headquarters and billed as a dialogue about creating a safer working environment for women in film, the union’s president, Gabrielle Carteris, called the recent barrage of sexual harassment and abuse revelations a “Hollywood epidemic.”

“This is an opportunity for us to now step forward and use our voices and to be empowered,” Carteris said.

The discussion was moderated by attorney and women’s rights advocate Gloria Allred (pictured far left), who filed the first sexual assault lawsuit against Harvey Weinstein, the disgraced Hollywood producer accused of sexual misconduct and abuse by dozens of women.

Asked by Allred how she would make the Hollywood work environment safer and more welcoming for women, director Caro replied simply: “Pay parity.”

Caro is the director of The Zookeeper’s Wife, based on the non-fiction book of the same name by Diane Ackerman. She also directed the two-hour premiere of Anne, a Canadian television series based on the 1908 novel Anne of Green Gables by Lucy Maud Montgomery.