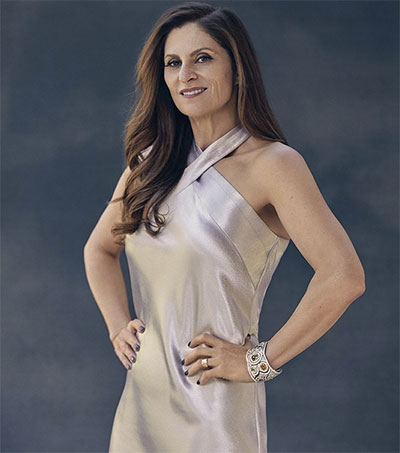 Mulan director New Zealand-born Niki Caro, 53, has a message for those who take issue with the fact that Disney’s latest live-action remake was not helmed by an Asian filmmaker, Christopher Rosen writes for Vanity Fair. “Although it’s a critically important Chinese story and it’s set in Chinese culture and history, there is another culture at play here, which is the culture of Disney,” Caro said in a new interview with The Hollywood Reporter. “And that the director, whoever they were, needed to be able to handle both – and here I am.”

Inspired by the Chinese legend The Ballad of Mulan as well as the 1998 Disney animated musical, Caro’s upcoming version of Mulan features an all-Asian cast and counts Chinese producer Bill Kong (Crouching Tiger, Hidden Dragon) among its creative team. Initially, THR writes, Disney sought to hire an Asian filmmaker to lead the production as well. “It’d be great to see an Asian do it, of course,” Oscar-winning filmmaker Ang Lee, who passed on the project due to scheduling issues, said in 2016.

In the end, however, the studio landed on Caro, making her one of the few female filmmakers ever chosen to lead a movie with a budget north of $100 million – alongside Ava DuVernay, Kathryn Bigelow, and Patty Jenkins. “Big ups to Disney for the fact that their last two movies are directed by women,” Caro said in a 2017 interview with Time, referencing DuVernay and her A Wrinkle in Time adaptation. “Me and Ava, we’ll just kick that door wide open so more can follow.”

The feminist story of Mulan resonated deeply with Caro, Rebecca Ford writes for The Hollywood Reporter. “When I first started wanting to be a filmmaker, there was so little precedent for women doing this [big studio] work,” Caro told THR. “Patty changed the game with Wonder Woman. It was like a shot of adrenaline for me as a filmmaker,” says Caro, who assembled a mostly female-led crew, including cinematographer Mandy Walker, costume designer Bina Daigeler, makeup designer Denise Kum and first assistant director Liz Tan.

Mulan is set to arrive in theatres next month and while potential viewers have expressed great excitement for the film thus far, its release will not come without some consternation, Rosen writes for Vanity Fair. As noted by THR, he reports, the spread of the Coronavirus through China could have huge ramifications on the film’s global box office total. Caro, however, is hopeful that the film will reach its intended audience. “Of course it’s vitally important that it succeeds in China,” she told The Hollywood Reporter. “Because it belongs to China.”