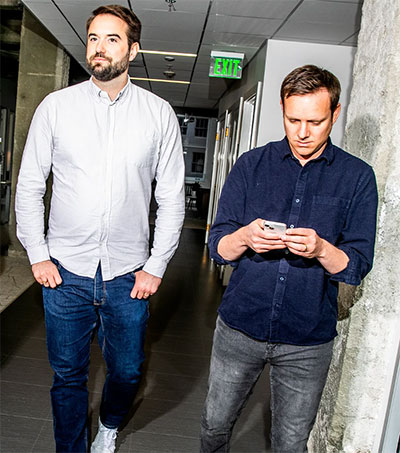 Newsletter company Substack, co-founded by San Francisco-based New Zealander Hamish McKenzie (pictured right), is on a mission to disrupt the attention economy away from “cheap outrage and flame wars,” drawing in literati from Patti Smith to Salman Rushdie. But its refusal to engage with transphobia and disinformation means controversy is never far behind, Joe Pompeo writes for a feature published in the June 2022 edition of Vanity Fair.

McKenzie, 40, is Substack’s de facto ambassador to the media. He grew up in a rural wine and farming region, where his father worked as an atmospheric scientist and his mother a high school language and culture teacher.

At the University of Otago, McKenzie got into journalism, which brought him to Canada’s University of Western Ontario for graduate school. In 2006, he moved to Hong Kong and freelanced before helping create Hong Kong’s edition of Time Out. Two years later, in the United States, he eventually landed a reporting gig at PandoDaily, the now defunct technology news website. “He seemed very, like, ‘I wanna shake things up,’ ” remembers Paul Carr, Pando’s former editorial director. “You could tell he had big ideas.”