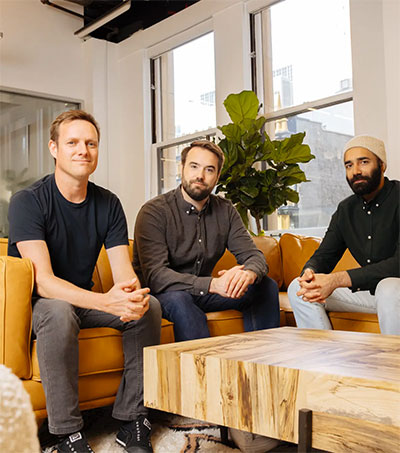 Subscription publishing platform Substack, co-founded by New Zealander Hamish McKenzie (pictured left), finds itself no longer a wunderkind but a company facing a host of challenges, Tiffany Hsu writes for The New York Times. The good news for the company, five years old this summer, is that it is still growing.

Paid subscriptions to its hundreds of thousands of newsletters exploded to more than one million late last year from 50,000 in mid-2019, Hsu reports.

In an interview at Substack’s office in downtown San Francisco, its co-founders spoke in sweeping statements about the “grand Substack theory” and “master plan”.

McKenzie, a former journalist, describes Substack as an antidote to the attention economy, a “nicer place” where writers are “rewarded for different things, not throwing tomatoes at their opponents”.