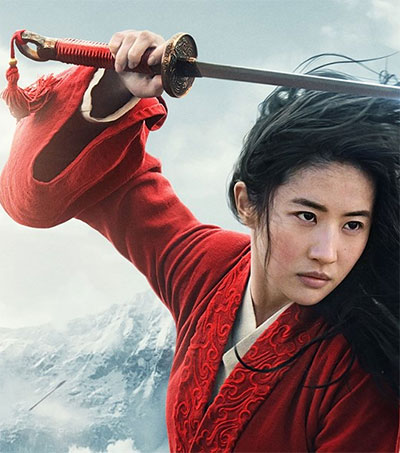 Disney has been busy of late reviving our favourite childhood animation films into live-action remakes. Following in the footsteps of Dumbo, Aladdin and The Lion King (which were all released in 2019), New Zealander Niki Caro’s Mulan is up next. And if the full trailer is anything to go by, it’s set to be the best one yet, according to Chelsea Tromans writing for InStyle magazine.

Unlike the original 1998 Mulan, there will be no comedic relief from a wise-cracking dragon named Mushu (voiced by Eddie Murphy); this time, Mulan is a serious adaptation of a story about female empowerment.

“My intention is for it to stand alongside these amazing reboots of classic animations like Beauty and the Beast and Cinderella,” the live action’s director Caro, 52, told Yahoo!. “The princess movies have a new relevance, and of all the princesses, Mulan is the best one. She’s kick-ass, and I love her.”

Caro, who is from Wellington, has a track record for telling stories of strong women who defy conventions, through her previous films like Whale Rider, North Country, and The Zookeeper’s Wife.

Besides the underlying story, there is little resemblance between the original animation and the new live-action film.

“It’s the timeless story we love, but in live action, it’s real,” Caro said at D23. “That’s the thing I’m most excited about. For people to experience her story in a very real, very visceral and a very emotional way.”

Caro also originally said there would be no songs in the live-action Mulan. Fans were outraged and Caro later confirmed that music will play a role in the movie, but didn’t divulge how much, or if memorable songs such as ‘Reflection’ and ‘I’ll Make a Man Out of You’ will feature. “We’re still exploring the role that music’s going to play in it, but for sure there will be music,” she revealed back in 2017 when the film was first announced.