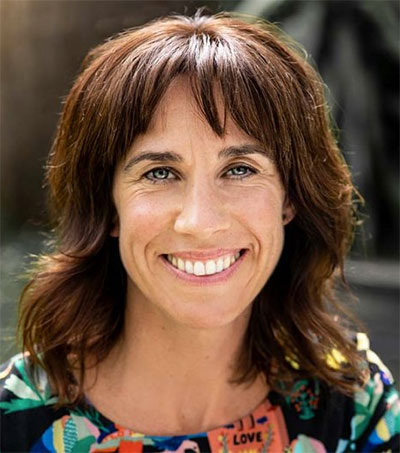 Award-winning writer-director Jackie van Beek joins fellow New Zealanders Prime Minister Jacinda Ardern and Mulan director Niki Caro at the two-day Power of Inclusion Summit in Auckland on 3-4 October. According to The Hollywood Reporter, the event brings together thought leaders from myriad backgrounds to posit action for a more inclusive industry and world.

International speakers include: British writer-director Hope Dickson Leach, Charles D. King, founder and CEO of MACRO and producer of Sorry to Bother You and Mudbound, Franklin Leonard, film executive and founder of The Black List; Dr Stacy L. Smith, founder and director of the Annenberg Inclusion Initiative at the Annenberg School for Communication and Journalism at the University of Southern California; and film director Maria Giese, who, in 2015, instigated the biggest industry-wide federal investigation for women directors in Hollywood history.

Dickson Leach is best known as the writer-director of the critically acclaimed 2016 British drama The Levelling. She is also a co-founder of Raising Films, a campaigning community for parent and carers in the screen industries, Patrick Brzeski writes for The Hollywood Reporter. “The organisation exercises its advocacy through first-of-their-kind surveys and reports, online case studies, and initiatives such as the Raising Films Ribbon, challenging at a structural level the demands the industry places on working parents which prevents them from sustaining and developing their careers.

“We cannot lose sight of the importance of the question of how to make the entertainment industry properly inclusive,” Dickson Leach said. “Whilst many of us are uncovering tangible solutions that really make a difference, we must remain committed to dismantling the larger issues of systemic exclusion that underpin our society and are replicated in the way we are expected to work.”

Van Beek, 43, is best known to international film fans from her role in the cult New Zealand comedy What We Do in the Shadows, and as the co-writer, co-director and star of the critically acclaimed comedy The Breaker Upperers, which premiered at SXSW and was acquired by Netflix.

“I’ve always believed that parenting and feature filmmaking should not be mutually exclusive,” van Beek said. “The ability to do both was modelled to me on the set of What We do In the Shadows – the producers provided me with space and time to breastfeed my baby in-between scenes.”

“Breastfeeding with fangs in was a first!” van Beek added.

The Power of Inclusion will be hosted by the New Zealand Film Commission and Women in Film and Television International, with support from The Walt Disney Studios.