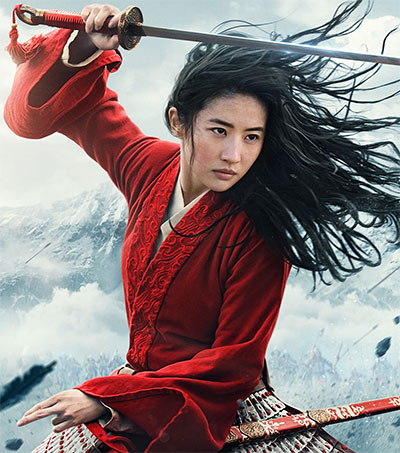 An Empire reviewer bemoans this month’s “bittersweet” release of New Zealander Niki Caro’s live-action adaptation Mulan through online streamer Disney Plus. “Not only the best live-action Disney adaptation to date, but also a dazzling, moving, hair-prickling spectacle … that feels made for the big screen,” Beth Webb writes for the British film magazine.

“Caro proved her ability to respectfully capture young women’s stories with her confident New Zealand-set debut Whale Rider in 2002 – though her biggest film to date is Jessica Chastain-fronted period drama The Zookeeper’s Wife. Here she has succeeded where more vaunted filmmakers have failed, by ditching the frame-by-frame remake approach and stripping Mulan back to what makes it remarkable and relevant,” Webb writes in the Empire review. “Only she hasn’t just made a film about an oppressed young woman’s evolution against war-torn Imperial China; she’s made it for her.

“The sole focus on Mulan’s trajectory clears the path for some goosebump-inducing moments of empowerment.

“… Upon watching this magnificently crafted, immersive interpretation that stands apart from anything we’ve seen Disney do before, it’s hard not to see this film as the phoenix itself, rising from the studio canon into daring new terrain.”

Postscript
The release of ‘Mulan’ has triggered global controversy. The New York Times highlights that “Almost as soon as the film arrived on Disney+, social media users noticed that, nine minutes into the film’s 10-minute end credits, the “Mulan” filmmakers had thanked eight government entities in Xinjiang, the region in China where Uighur Muslims have been detained in mass internment camps.”

And the Daily Mail opines that “Disney’s Mulan opens with waves of bad reviews in China as it faces global boycott calls due to its ties to Xinjiang.” It also noted that “Critics accused the blockbuster of ‘uglifying’ and ‘stereotyping’ Chinese people.”

China’s Global Times rebutted criticism of ‘Mulan.’ “US public opinion on China is a hodgepodge of traditional arrogance, hooliganism, the state of being ill-informed and outdated. It has lost its complexity, diversity and fluidity, and has become rude and stubborn. It has shaped a “China in American public opinion,” which has nothing to do with the real China.

“Arrogant Western journalists still live with a sense of superiority. They know very little about China and Chinese culture, but they want to boss China’s affairs around. These so-called elites are using their narrow-mindedness and shallowness to defile China.

“Western media are shackled by political correctness, but they often use freedom of speech as a cover for their true political purposes. China’s image in Western media has been negative, and it is impossible for them to view China’s development and progress objectively.”