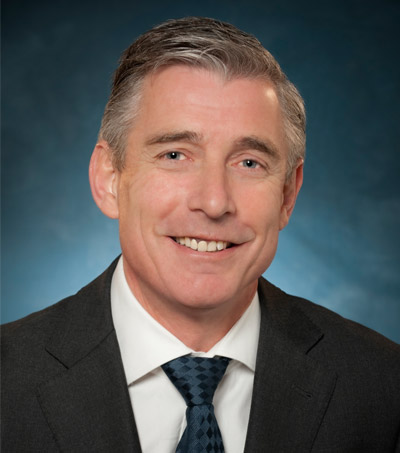 Just the fourth CEO to lead Walmart since founder Sam Walton left the post in 1988, the 48-year-old McMillon—former CEO of Sam’s Club, Walmart’s members-only warehouse chain—confronts significant challenges concerning the retailer’s supremacy. With online services like Amazon on the left, and a proliferation of bargain-priced, small-format “dollar stores” on the right, McMillon recognized Walmart faces stiffer competition than ever. Upon taking the leadership role, McMillon knew he would have to radically reinvent the biggest company in history and infuse it “with a new, Silicon Valley-esque metabolism,” in order to win in the digital age.

McMillon’s first big move was placing Foran in charge of Walmart’s U.S. stores. Described in O’Keefe’s article as “intense, if soft-spoken,” the 54-year-old Foran had spent three decades with Woolworth’s in Australia, and then served as CEO of Walmart Asia, where he was responsible for the company’s operations in China, Japan, and India.

As CEO of Walmart U.S.A., what was the first order of business for Hamilton-born Foran? Implementing a three-month program of “unvarnished appraisal” in which he solicited no-holds-barred feedback from store managers. After that came the launch of several e-commerce innovations including Walmart Pickup-Grocery. Foran and McMillon next took the unprecedented step of raising the company’s U.S. minimum wage for associates to $9 an hour – $1.75 an hour above the current federal minimum – this year and $10 the next—an announcement that made major waves and pressured retail rivals Target and TJX to follow suit. With that decision, the world’s largest employer behind the U.S. Department of Defense and the Chinese Army, singlehandedly elevated the standard of living of a third of its US workers –  half a million people.

Given the scale of Walmart’s operation, every decision Foran makes leaves Jurassic Park-sized footprints. The number one company on the Fortune 500 list for the third consecutive year, Walmart earned nearly $500 billion in revenue in 2014. That means if Walmart were a country, it would rank 28th in the world in GDP, just behind Norway and ahead of Austria. Ninety percent of Americans live within 10 miles of a Walmart. Its biggest-selling product is bananas – a billion pounds of them a year!