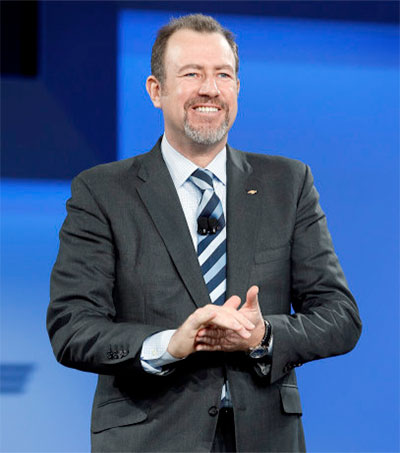 General Motors executive Dan Ammann talks to Fortune about manufacturing in Mexico, and because of a number of recalls over the past decade, how he aims to instill a culture of accountability among the car company’s workers.

More accountability could avert future debacles like the design and managerial slip-ups that led to a safety flaw in ignition switches linked to a spate of accidents, injuries and 36 deaths.

“Revisiting all our safety and manufacturing processes has led us to more recalls,” Ammann said.

“We’ve seen a trend to more recalls but smaller ones,” Ammann said. “Lately, fewer recalls as well. We’re finding and acting on issues much earlier, which is why you’re seeing fewer recalls,” affecting fewer vehicles.

Significantly, Ammann and CEO Mary Barra are championing a push toward a manufacturing philosophy driven by stronger consumer demand, as opposed to pushing production and stimulating sales with discounts. The trend has started at Cadillac, GM’s luxury franchise “and will spread to other parts of the business as well,” he said.

Look for Ammann to gain more visibility as GM penetrates deeper and more actively into the business issues that are critical toward proving itself a sustainable and healthy company.

Ammann came to office at GM a year ago with Barra. An industry outsider who joined GM in 2010 via an investment banking career at Morgan Stanley, he’s relatively youthful at 42 and deeply ensconced in leading the automaker’s recovery from the 2009 bankruptcy.