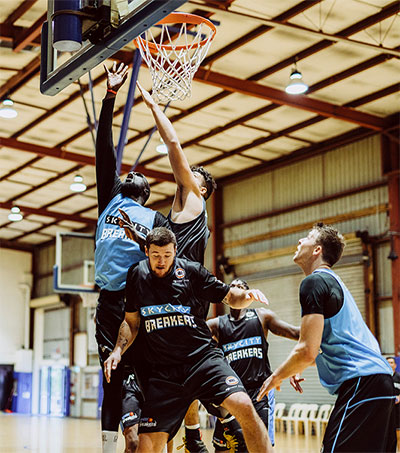 New Zealand in Throes of a Basketball Revolution

An ESPN article reports that the School Sport New Zealand Census, which has been conducted annually since 2000, revealed earlier this year that basketball had gone past rugby and was only trailing netball as the country’s No1 participation sport for secondary school students. This is down to, according to the sports publication, New Zealand’s “bona fide” sporting icon, NBR star Steven Adams and local team, the New Zealand Breakers.

The Auckland-based team have both a primary school-aged programme, Junior Breakers, and an elite teenage Academy squad that are at capacity, offering kids of all skill levels the chance to play the game.

“I think basketball is becoming more accessible – you’re able to just pick up a ball and go to the playground and get instant gratification of shooting the ball and seeing whether it goes through the hoop,” Boucher told ESPN. “That’s something you can’t get on your own with a rugby ball; you can maybe kick it over the posts.

“Basketball’s a non-contact sport, there is some physicality to it, but probably not having your major injuries … I think parents are preferring to their kids to play a sport like basketball.”

Running for over 10 years, the Breakers’ Elite Academy is helping to mould the franchise’s next crop of NBL hopefuls, Tall Blacks [New Zealand’s national team], and those who have dreams of college basketball in the US and, hopefully, even the NBA.

Breakers head coach Kevin Braswell, who also works in the Academy, says the programme has gone from strength to strength over the past few years and has a couple of hugely exciting prospects capable of following in the footsteps of Adams.

“Everyone sees the big guys because of Steve [Adams] putting New Zealand out there but we have a lot of guards that get overlooked sometimes, so it’d be great if some of these College coaches could actually come down here and start watching,” Braswell said.