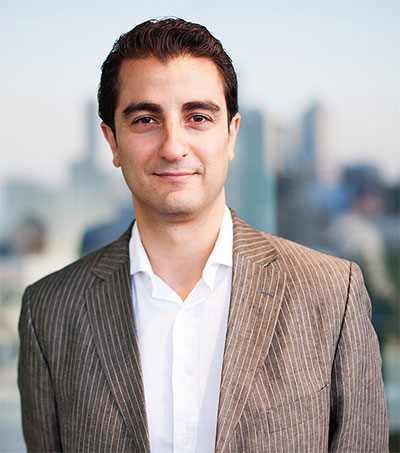 New Zealand Tech Companies Making It Big in US

As Peter Jackson has shown, it’s perfectly possible to do things on a global scale from New Zealand. But the big money, support and collaboration with other scientists overseas can be a powerful lure, and it’s often to the United States that they go, Catherine Harris writes for. She looks at four promising New Zealand companies which either got snapped up by a major US player or upped and moved Stateside.

One of the most successful exits in the tech sector recently was PowerbyProxi, which was bought by Apple last October for a confidential sum.

The company was set up by Auckland entrepreneur Fady Mishriki (pictured) in 2007, who began his work in wireless charging at Auckland University.

One of the brightest New Zealand stars in terms of solving the world’s waste problem, LanzaTech started out in IRL’s Parnell labs. It is now a “deep tech” business incubator called Level Two.

But the company’s science was expensive and lengthy. Even though it reportedly won $14 million in government funding, the US beckoned and in 2014, LanzaTech moved with 30 staff to Illinois.

According to its website, it is making good progress towards providing Virgin Atlantic with commercial quantities of biofuel.

Even though their horizons are now considerably broader, neither LanzaTech’s Sean Simpson nor Rocket Lab founder Peter Beck have forgotten their roots. Both are on the advisory board of Level Two.

GreenButton started out as a little start-up in Wellington helping clients tap into much bigger computers to process their data.

In 2006, cloud computing was still a new technology. Scott Houston, who had been chief technology officer for Weta Technologies, had already been used to tapping into super-computers for Lord of the Rings.

He founded InterGrid and four years later it took the name its flagship service, GreenButton, which let users number crunch their problems with a single click.

In May 2014, GreenButton was bought by Microsoft which folded the technology into its cloud platform Azure.​

Managing director of Technology Investment Network, Greg Shanahan agrees there are times when a company needs to go offshore, to be close to their customers, main shareholders, or to be registered in a country for grants.

Micro companies are adjusting their costs to make a buck, weaning their reliance on outside investors.

“What that means is, those companies become more attractive to investors who judged them on normal metrics that you would for any regular business. It’s a sign that that tech sector is becoming more mainstream in New Zealand,” Shanahan says.