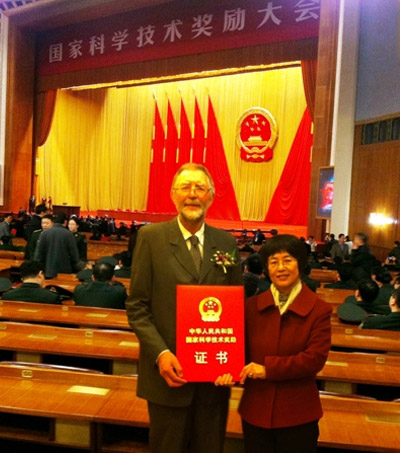 Dr. Rolston, received the award at a ceremony hosted in Beijing earlier this month.

“The International Science and Technology Co-operation Award of the People’s Republic of China is that country’s highest accolade for foreign scientists,”, said New Zealand Science and Innovation Minister Steven Joyce said in a statement.

“Dr. Rolston has dedicated more than three decades of his working life to advance grasslands seed development and pasture improvement systems, especially in Gansu province. Improved soil fertility has meant higher-quality pastures for farmers, which is having a significant impact on productivity and profitability in the region”, said Joyce.

The New Zealand government welcomed the award as an example of the deepening scientific partnership between the two nations.