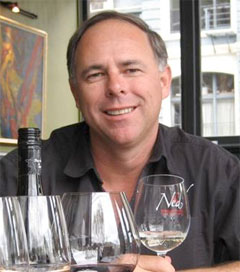 “Brent Marris’ The Ned Waihopai River, made in Marlborough, has become the wine equivalent of Fifty Shades of Grey, a word-of-mouth bestseller, its name passed from school gate to dinner table to book group, and back again,” the Telegraph’s Victoria Moore writes. “From nowhere it’s risen, in five years, to be the biggest-selling wine at [the UK’s] Majestic Wine Warehouse, ‘by far’, chief executive Steve Lewis says. ‘It’s almost become the default white wine of the British middle classes. The Ned for us is a bit like having bread or milk. If we don’t have it in stock customers don’t understand.’ Fifty per cent of all sauvignon blanc bought in shops in England now comes from New Zealand. As for The Ned, it’s breezy, it’s crisp, it’s fresh and it’s ‘going gangbusters’, as Marris puts it. Half of the entire production comes to the UK.”